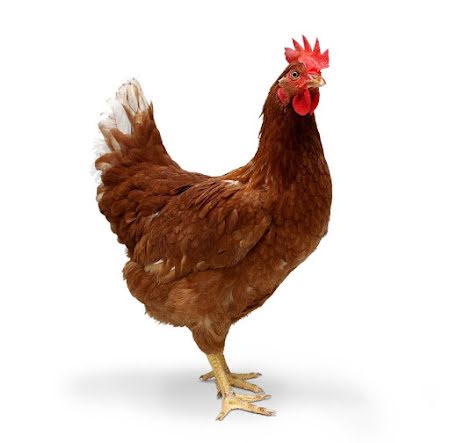 From prey to predator and vice versa

Our dog Django has found a new pastime and we are the highly amused spectators. Since a few weeks we have three new hens – the previous ones ended up as fox food, may they rest in peace.. In the spirit of contributing to general animal welfare, we decided to adopt old laying hens through a dedicated organisation.

These old laying hens at first looked bald, skinny and miserable, as a result of the ‘intensive’ life they led in the egg industry. After a few weeks of sunlight and fresh air, abundant free ranging space, a comfortable pen with straw and perches, kitchen leftovers, freely found insects and worms, they can call themselves proper hens again, with their feathers back in full splendour.

Our previous hens were quite assertive and at times arrogant, especially towards each other. But they still remained prey animals that either fled or played dead when they sensed danger. Keeping them together with Django in the garden turned out to be not such a good idea.

So imagine Django’s and our surprise when we noticed that these new hens show a completely different reaction to the hunting instinct of our dog. Instead of fleeing or freezing, they resolutely go for the counter attack - to the great delight of our playful dog, who is challenging them and then runs off as a headless chicken when they charge after him as true Velocirpators out of Jurassic Park.

From prey to predator and vice versa, the natural order put upside down. The animals themselves do not seem to be bothered by it - for sure Django isn’t, and the hens appear to find it quite normal to be on top of the food chain.

Apart from a horror movie script forming in my imagination, I see quite a few possible life lessons in this amusing story:

I am very curious to hear what it meant to you – do let me know. Do you have another unexpected perspective, let me know as well. Or maybe you know the scientific explanation for this phenomenon?